This is what heroes are made of! Here you see a man fly into the side of this building that isn’t going anywhere. He was travelling upwards of at least 30mph when he collided before being flung over the handlebars. Luckily he was wearing substantial protection to prevent the motorcycle crash being fatal.

Without knowing the full scope of what’s going on in the video I am left to believe that the rider was having a cheeky doze. This is something that I personally don’t recommend you do when operating heavy machinery. Especially a motorcycle. As you would expect with this kind of incident, the building barely moved. The bike however came to a sudden stand still and more than likely is a write-off. In a Travis Pastrana like fashion, today’s hero performed what appeared to be an MX Style “Heart Attack” trick by maintaining a strong grip on the handle bars and throttle. Sadly the move didn’t come to a graceful landing as you would expect to see at The Summer ‘X’ Games. 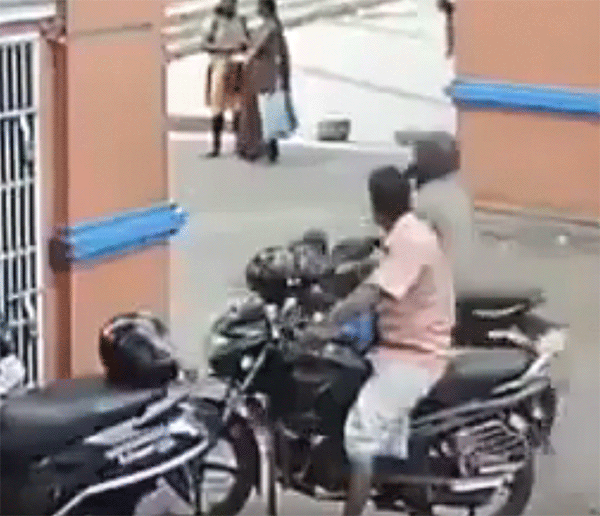 Aftermath of the motorcycle crash

Again we take a look at the building first. Although it is unclear from the pixelated footage, I hazard a guess that the wall is pretty much as it was moments before the crash. Maybe a little bit of missing paint, who knows? The hero on the other hand… Clearly not too impressed by the ordeal, gets up to walk it off. A crash like no other, a man of similar calibre. 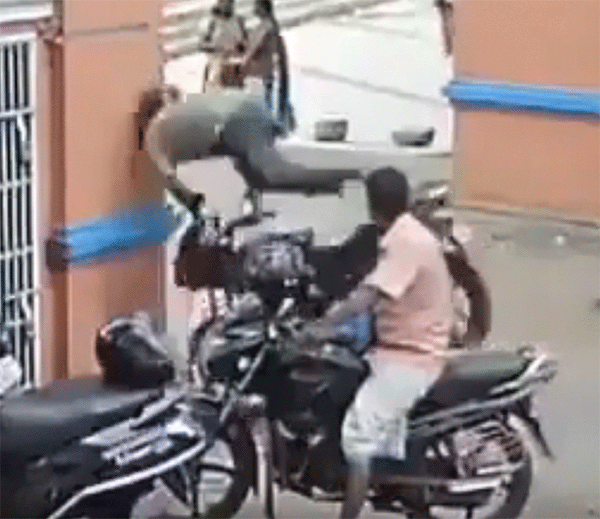 The Shocked Sockets team would like to wish this hero a speedy recovery. From what we gather it was only his pride that go hurt. If anybody knows any more about the incident or the person involved, don’t hesitate to contact us so we can feature more detailed information. 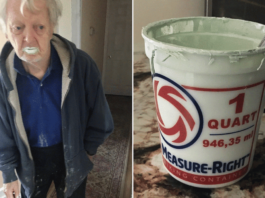 90 Year Old Grandpa Eats Paint Mistaking It For Yogurt-And He...