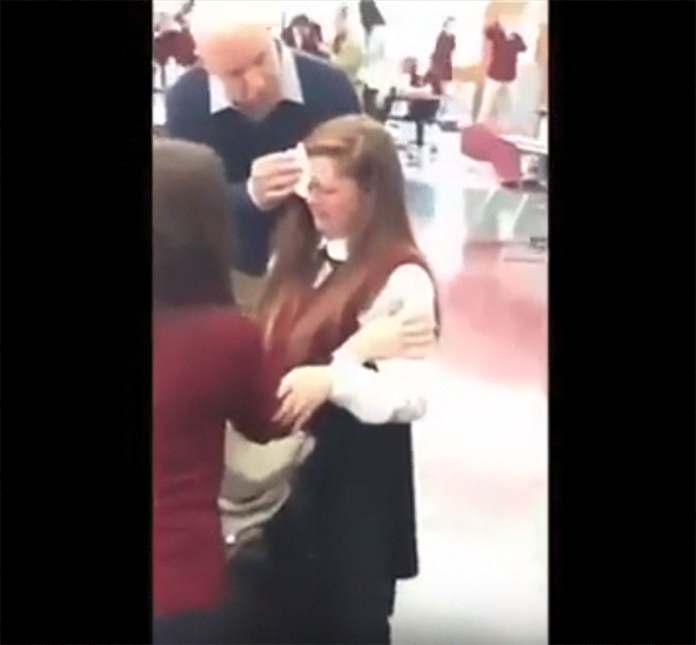 Somebody in this school has some explaining to do. Online sources state that a student had spike the lemonade in this American school and yielded the results shown in the video here. In the opening clip a teach is looking after a pupil. The footage then moves on to show the full extent of the school dinner laxative prank. 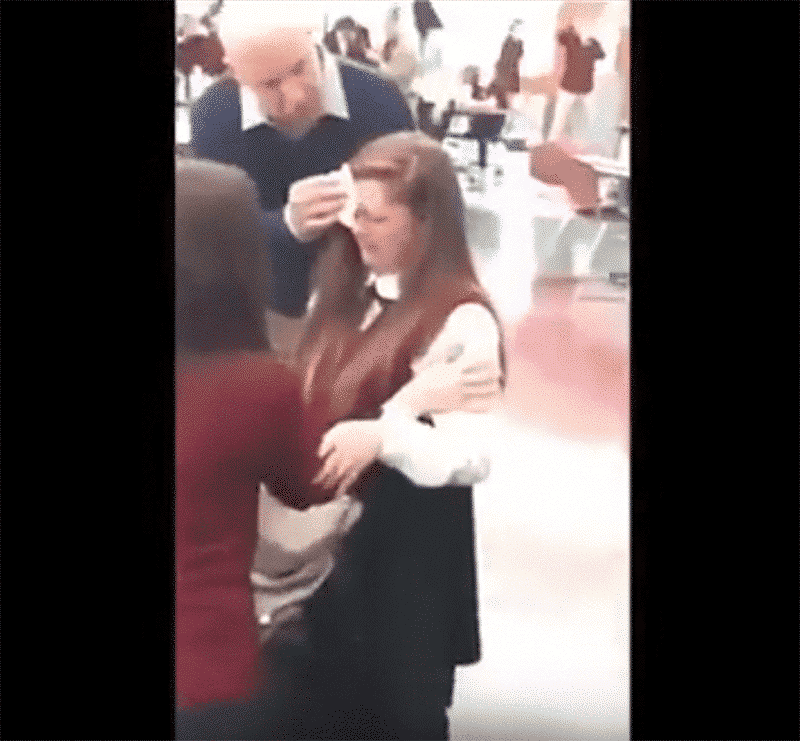 Not just the bottom half!

As the video goes on we witness some pretty savage scenarios. Oddly the tamest of which is a pupil vomiting all over the cafeteria floor after falling victim to the prank. Further into the video we notice students making use of their surroundings during the ungodly event. Bins, baskets, lockers and walls were all the true victims of this endeavour. The school dinner laxative prank that has since gone viral leaves a number of questions to be answered.

“It just brings everyone together, it’s a good thing.” 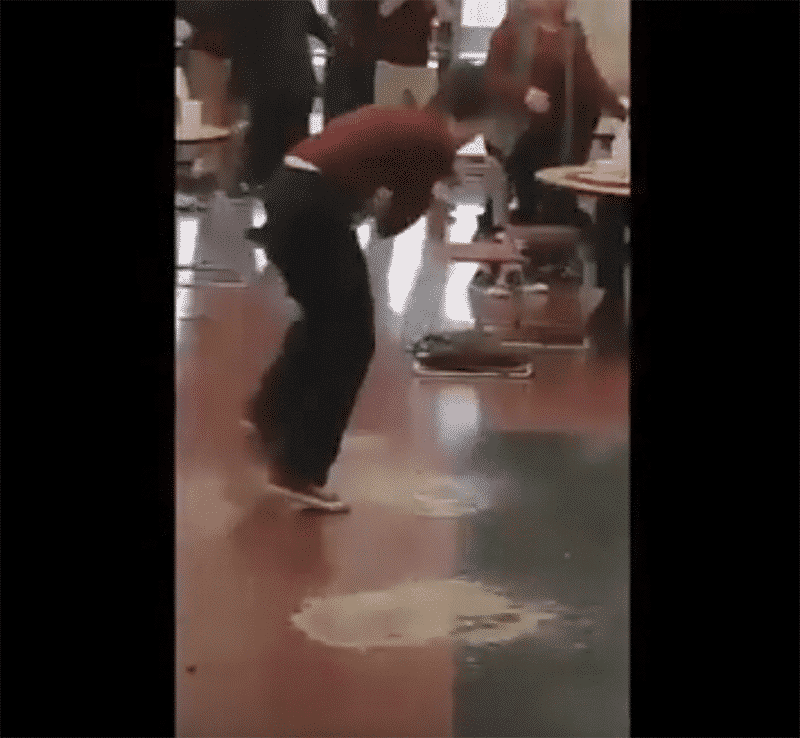 My journalistic skills can only stretch so far. There’s a number of mentions online saying that the video is a set up. If so, it’s a bloody good one at that, having fooled thousands across the web within just a matter of hours. Lets say the footage is legit, who is behind the prank? Have they been caught? And regardless of the laxative prank’s legitimacy, there’s some might fine cleaning to be underway after all of that “vomit” and “feces” splashing all over the place! 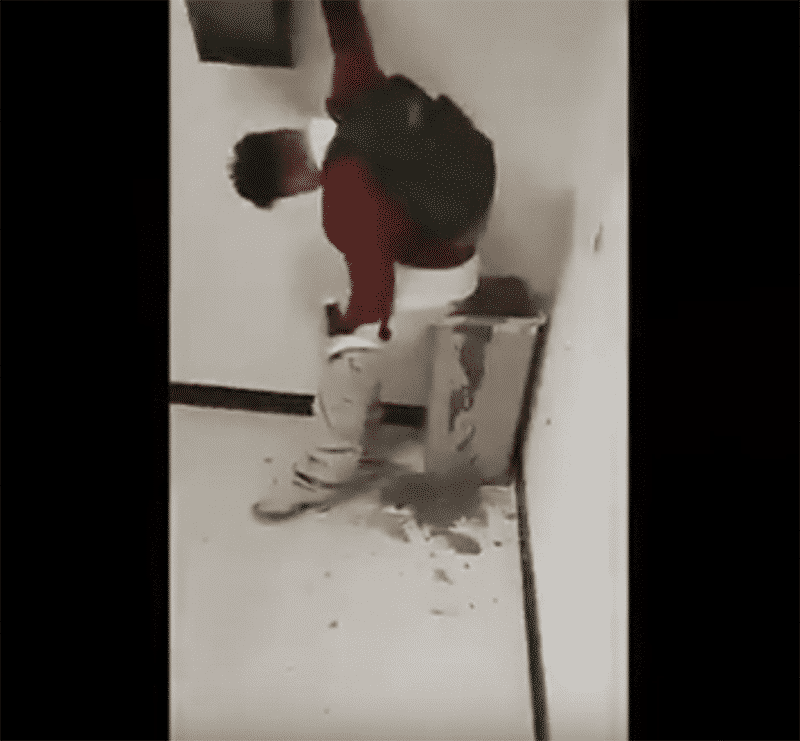 If you feel as though you were affected by anything displayed in the video featured here today, oh well. Pull yourself together!

If anybody else have more info about the scenario pictured here we would love to hear from you! Get in touch via our contact page.

10 of the funniest Amazon product reviews

Motorcycle crash into building at over 30mph 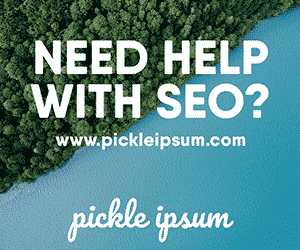 Matt or Meth Damon quiz: Who is who?

Incredible footage of a car flying through the air after hitting...

Sunday Meme-a-thon (10 of the week’s greatest)